Can goats have cabin fever? Two nights ago as I was feeding, I noticed Dandelion, one of my young does,  with a bloody head.  Obviously she's been butting heads with one of the others, the question only remained--who?  White goats are easy to check, and no one else looked like her opponent. When I checked darker heads, it was too hard to be sure, but I suspected Cassie.

Last night I went armed with my trusty camera. Culprit found! As expected, it was Cassie.

Cassie's already cowed D'Arcy, who gives way, however reluctantly.  I've been shuffling stalls around, too, in expectation of kidding season.   Perhaps all those things combined explained why she decided to take on Dandy.

I expect this type of behavior in the spring, when everyone is fresh and full of vim and vigor, happy to get out after being stuck in the barn.  Unless I keep everyone in separate stalls during the day, there's no way to keep fighters separated.  There's more snow on the way and even less chance for them to get outside. I leave the doors open, but they don't seem anxious to take a walk in the snow.

We've had three storms in 7 or 8 days, all of them dumping anywhere from 8 to 12 inches at a time, an interesting change from the temperature fluctuations of late fall and early winter. 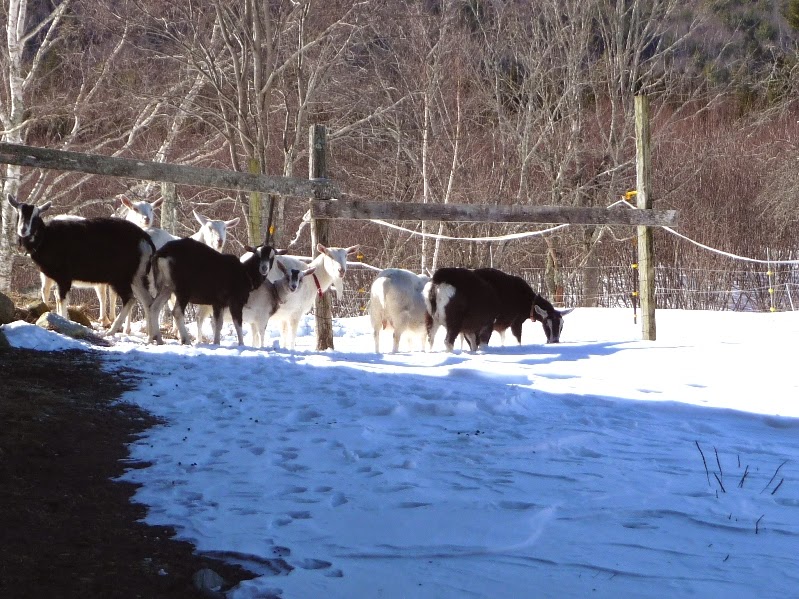 The first storm was almost fun. "Look at all that snow!'  I dug a path to the goats' underbarn sanctuary, and they seemed grateful, or at least interested enough to use the path. 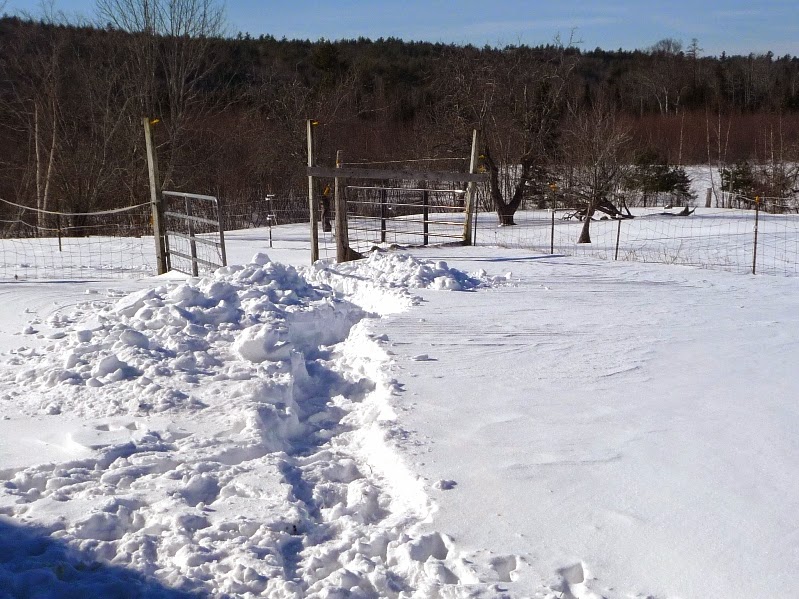 The does watched with interest, but didn't seem inclined to do more. 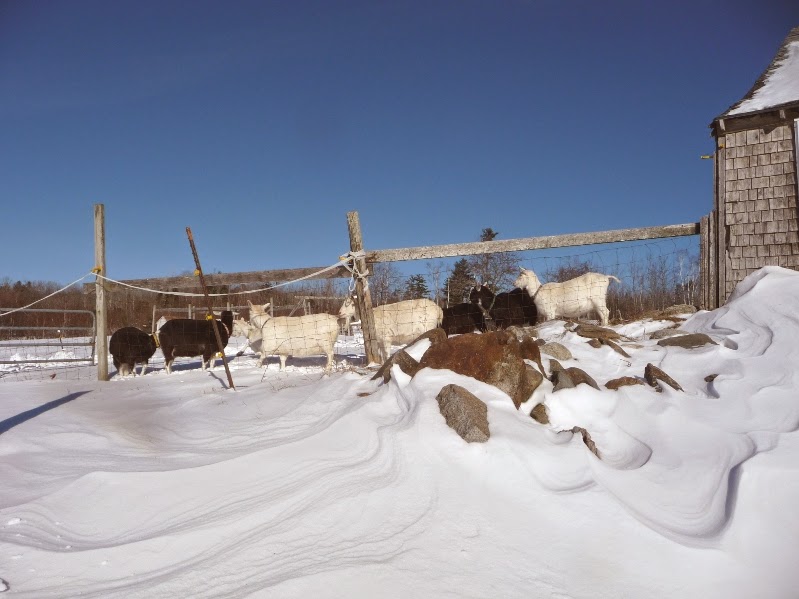 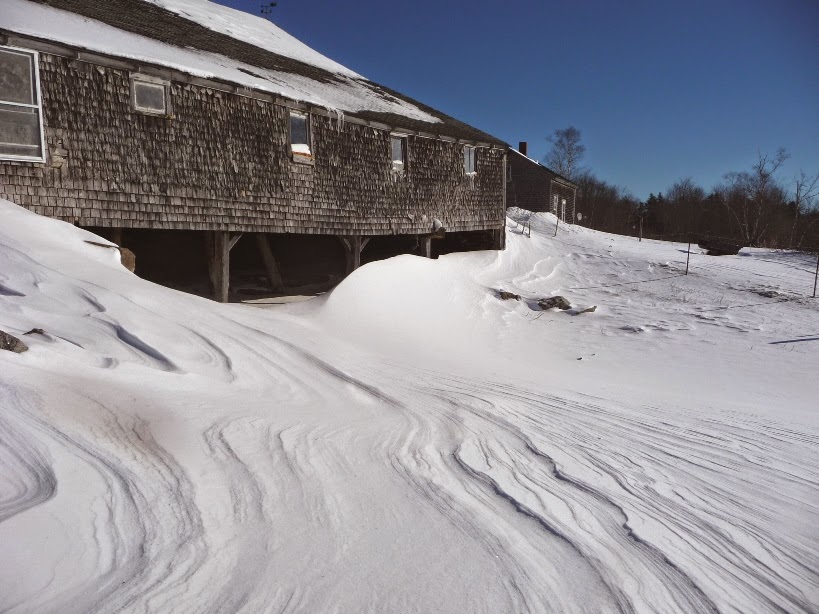 It was a daunting task, and as I looked over the field of snow, I almost changed my mind.  But with Mime following me as I shoveled, patiently waiting for me to dig so he could take a few more steps forward, I persevered. 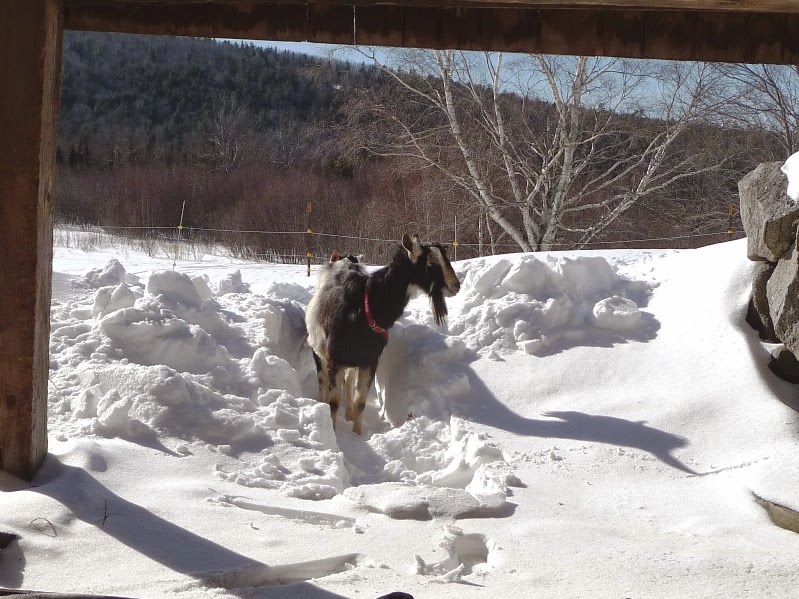 Once I had completed the dig, the rest of the herd took notice and followed.  You can see them in the background, jumping up and down as they came.


Three days later another storm hit, the wind howled, snow filled in the path, making it doubtful there had ever been one.  This time I enlistted the help of my son, who maneuvered the snowblower through the barn and out the big doors.  Goats scattered everywhere!  "What's that noise?  Run for your lives!" 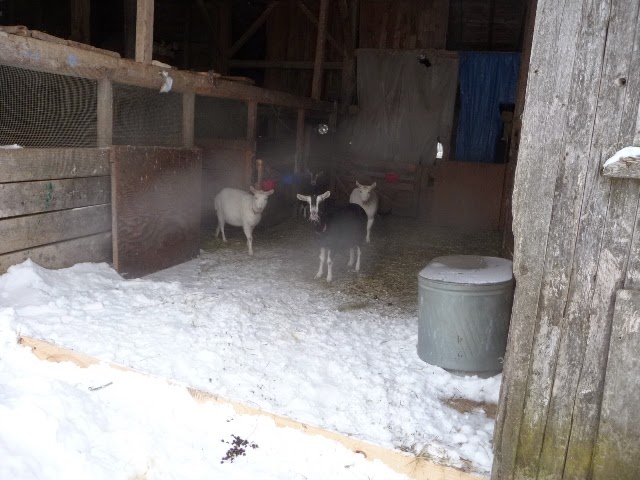 We took turns, slowly making another path through the snow to their favorite haunt.  Zoë delighted in the path, running up and down inspecting everything. 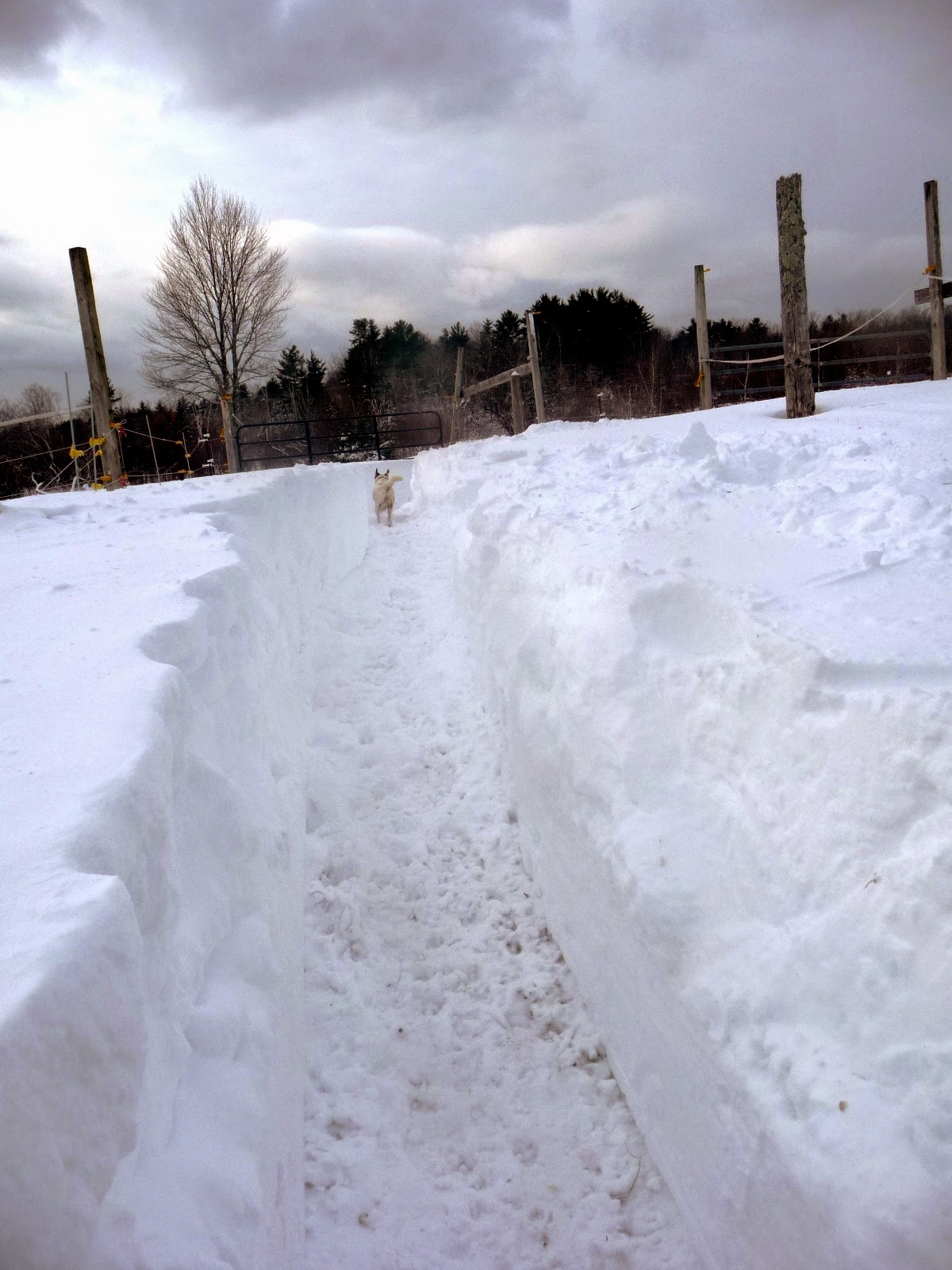 We took a different path, digging through nearer the feeders.  The drift had looked more doable from our vantage point at the top of the hill, but it proved to be very wide indeed.   The spot where they had come in after the first storm was nothing but a wall now, blocking the way.


It took a while, but eventually the goats were all under the barn, happily pulling hay out of the feeders and scattering it everywhere.  Little did we know...

The third storm hit Tuesday morning.  It was supposed to start around 9:00, but snow was already falling byt 7:30.  The barn was shut up as tight as I could make it, but since it was built around 1780, there are many little cracks and crannies where snow filters, seeps, and blows through  The first storm blocked up most of those places, but the doors provide opportunity to bring the winter storms right into the barn.  It's always intriguing to see what curious patterns have swirled and mounded inside those doors.  While the storms raged outside, the does relaxed inside, knowing they were snug and warm. 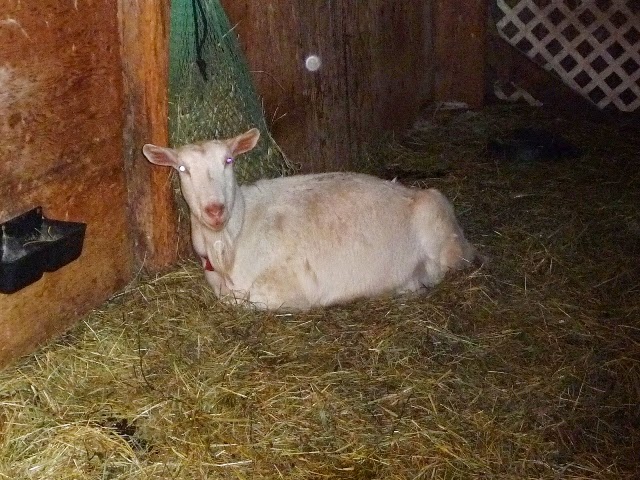 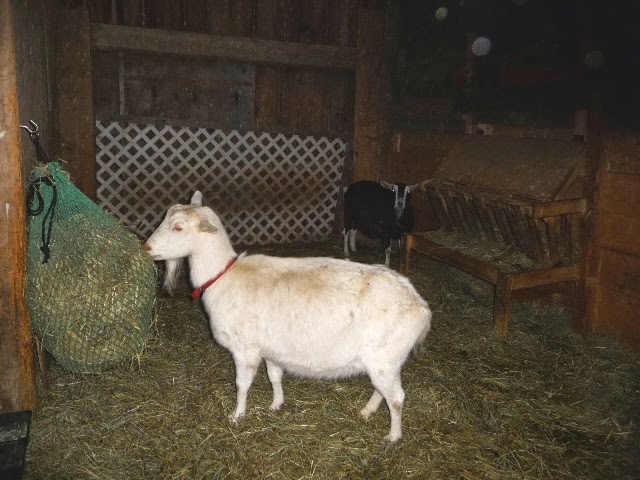 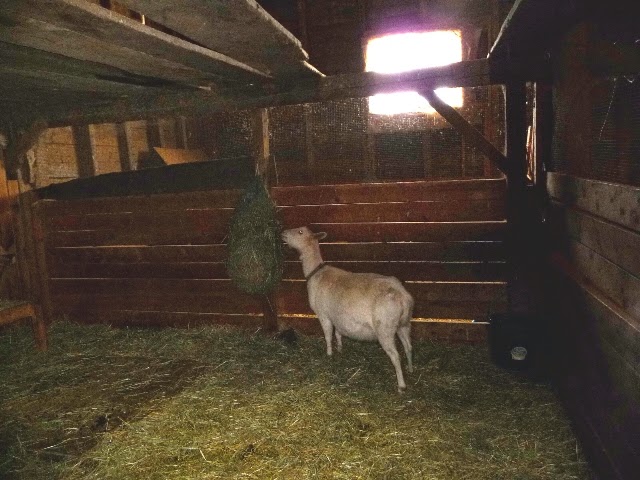 Today is Friday.  The storm ended around noon yesterday, but opening the doors quickly convinced me that blowing snow could fill the barn just as quickly as the storm itself.  I quickly shut them and left the goats in.  This morning dawned bright and clear, the snow brilliant, the breeze light.  The doors are open, the goats can go outside, but nothing is left of the path that Shawn and I so painstakingly prepared.  It doesn't matter.  Another storm is on its way, and they'll just have make do with staying close.  So far I haven't noticed a hoofprint outside the doors.
Posted by Joy Metcalf at 10:01 PM No comments: