Zoë on the farm

Zoë, my Fox Terrier loves to be outside, wants to have the freedom to run, but will take off if not watched.  Rather than leave her in the house or in the fenced in yard, I've been making a concerted effort to take her with me everywhere I can and just keep an eagle eye on her.

Zoë loves having newborn kids in the house, sniffs and licks them, and tries to play with them, right up to when they learn how to play in their very goaty way--by heat butting. 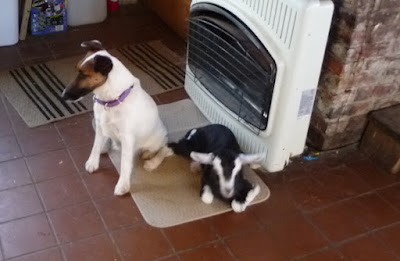 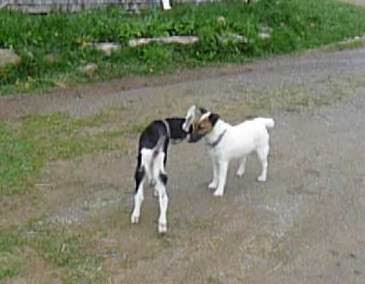 Obviously, she's become very leery of older goats (meaning, anything bigger than her) so, when she sees them coming, she goes the other way.

Wednesday I took her with me when I saw the goats in the orchard. I knew I'd shut them out of there, but they've figured out how to go through the woods, up the gully, and into the orchard to eat the apples. As I walked over to the goats, hoping to move them to the other pasture, Zoë explored.  It wasn't long before Beatrice, my herd queen, noticed a little white dog sniffing around and rolling on the ground. Before long, all the others had noticed her, too, and went to investigate. So there was Bea, heading curiously but purposefully toward that dog spot, and it became comical when she reached out her nose to sniff her.  By that time, more goats were curious and were heading her way.  Zoë, of course, headed back to the barn--with all the goats following. 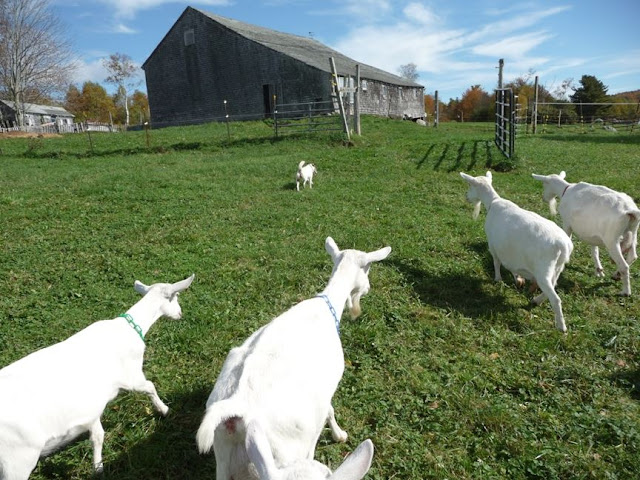 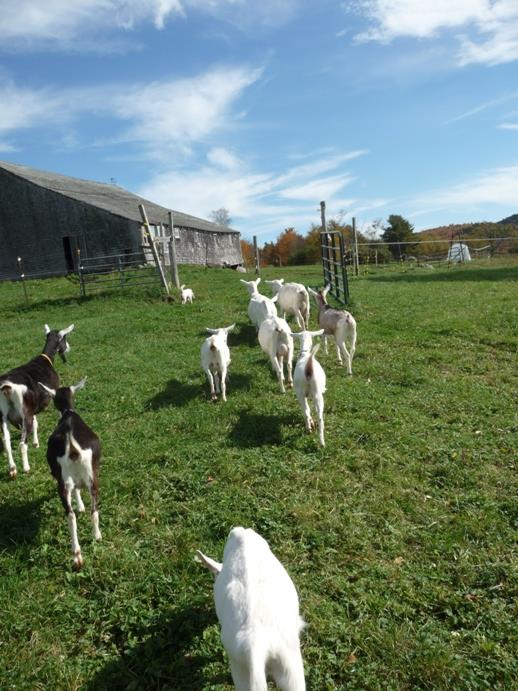 Who needs a herd dog? I have a Pied Piper instead.
Posted by Joy Metcalf at 11:05 AM