Putting the bucks together

Big day today--I thought. After 5 days, I thought it was time to put the bucks together, and I was apprehensive. As usual, I worried for nothing. They postured for about 5 minutes, and then all was well. The biggest thing turned out to be the new buck trying to mount my little guy, Fabian, as if he were a doe. Even that didn't last more than 5 minutes. I thought he was going to be timid, as he is with people, but nope! He told Set in no uncertain terms to BACK OFF. And my big buck, Mime, just calmly put him in his place and walked away.

Last I looked they were all sniffing each other over. I'm sure Set is much happier having company, and I'm happier releasing a stall back to the does so they don't have to sleep in the aisleway. 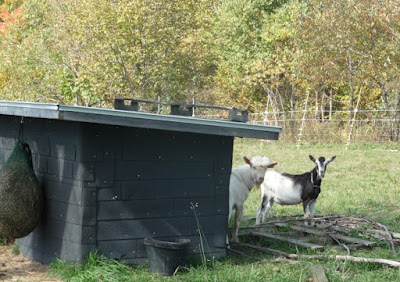 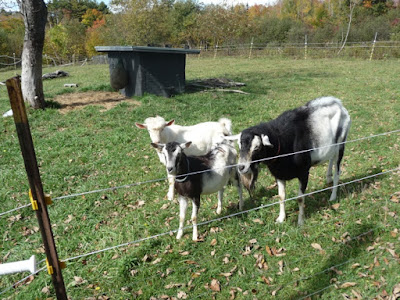 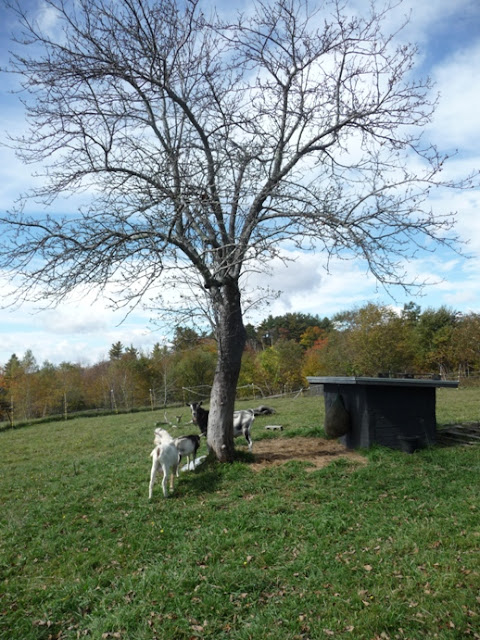 By this evening, the only thing I noticed was that the usual two were in the buck house and Set was outside. Since there was a light rain, I brought them all in a little early. Once in, all was well. They settled down to munching on hay and boy talk.