I love goat tricks.  Not tricks that I teach them, but the little quirky things they do that make them so endearing.

Fedra decided early on that a large round feeder was perfect for sleeping in. She retires early so she gets first dibs; once she's bedded down, there's no argument about whose spot it is. 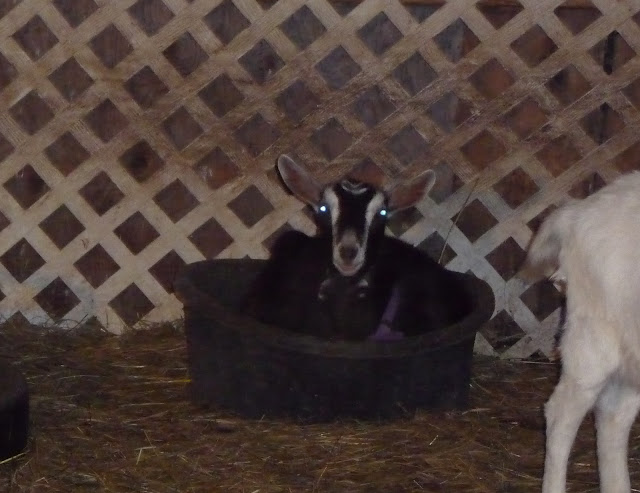 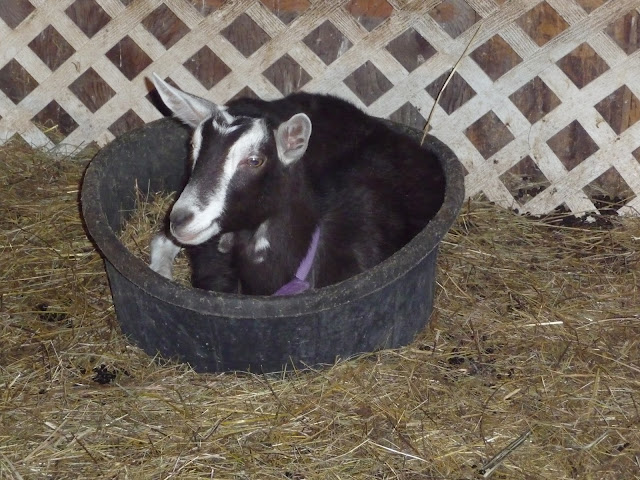 I had thought to catch dropped hay under the hanging slowfeeders with another round feeder.  Silly me, I should have known that would not happen.  As soon as Fedra eyed it, that became her lounging area. 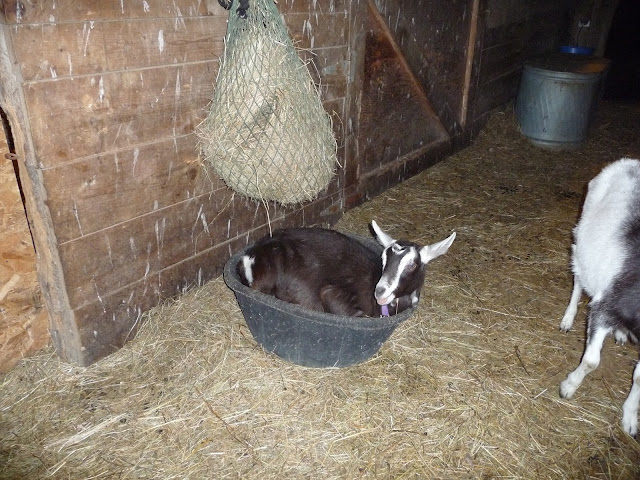 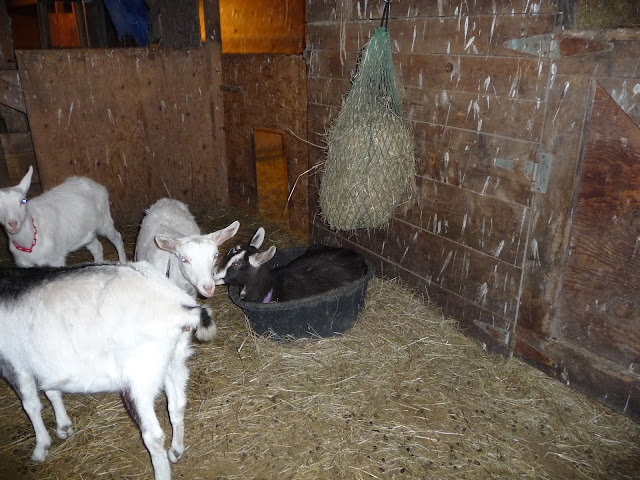 She wasn’t reckoning on Dandy, though, who watched for a day or two and then appropriated the “bed”. It doesn’t fit her nearly as well as it fits Fedra; she almost pours out of it.  Goats do like snug little spots and Dandy is no exception. so I shouldn’t have been surprised to come out one morning and find her all curled up. 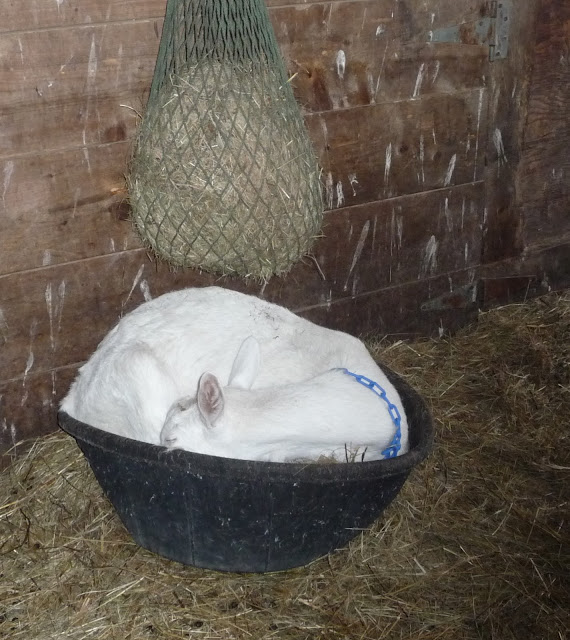 To her credit, Fedra took it in stride. 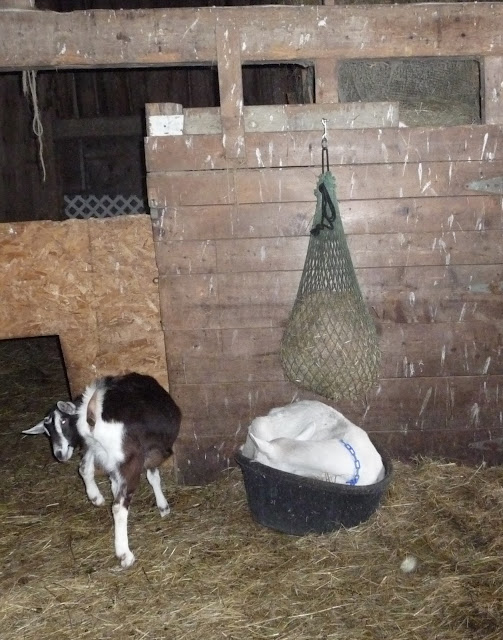 Dandelion is my most amusing goat, always up to something that makes me smile.  Take the milking stanchion, for example.  The barn is built on a hill, so in truth, the "ground" floor is two stories high on one side. The window in the milk room overlooks the downhill slope, and every day Dandy pauses to gaze out the window for several moments, observing the pasture and treeline, ascertaining dangers that might lurk for unsuspecting goats. 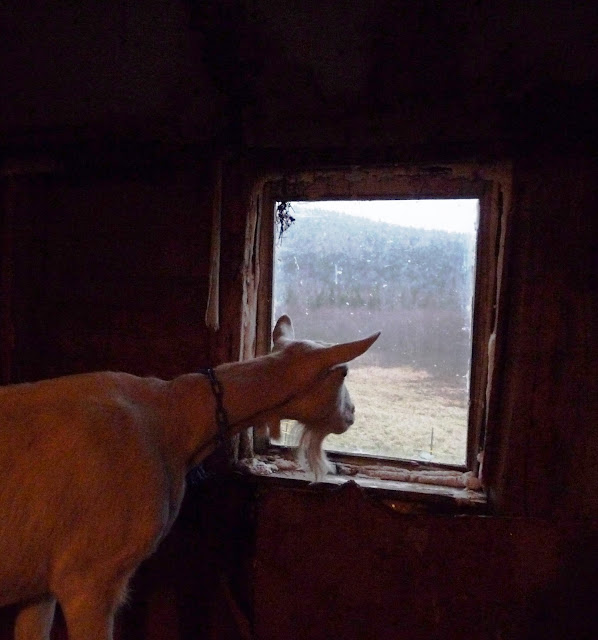 Once she’s satisfied, she grabs another bite of Chaffhaye before heading out the door.  It's important not to leave any morsel untouched. 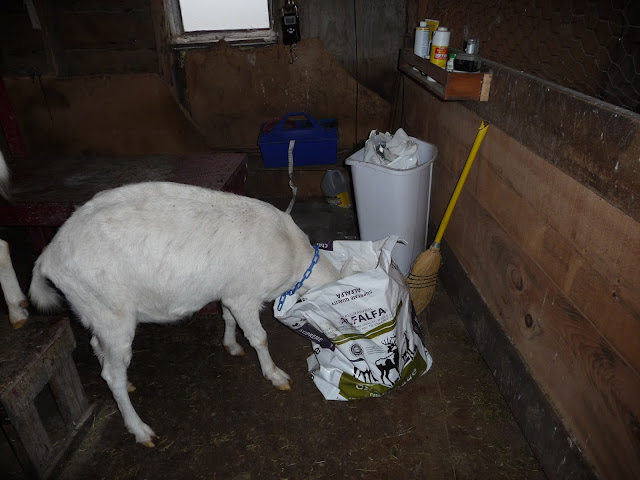